Zollino bean cultivating, called in town Cuccìa from greek term Kuamos, is a De.Co. Product. In according to the mith beans was the only one legume not to be given to men from mother dispenser, goddess Demeter. Cuccìa distinguishing itself for the flat shape, is slighly bigger than beans commercially available, for its pod with no more five seeds, and specially for its characteristics to preserve itself integrity during the cooking. The beans obtained in previous year are seeded in november and pick up in a lonely way in half of may. Threshing product, exposed to sun is realised through the beating of plants whith sticks on old barnyards, gelously preserved from local farmers

It lends itself to being consumed fresh or cooked: different kind of cooking shows Zollino beans as protagonist. Are used in many local recipes as smashed beans with chicory or in soup. This feed is rich in iron, potassium, magnesium, and a lot of vitamines and is suggests for diet legumes. Don't miss it in your pantry!

Be the first to review this product

Jemma community and cooperative, born in 2012, is located in Zollino (Lecce) and works for the project to linking territories development, preserving typical product, jobs and sustainability; it makes an innovative kind to do business, promoting social and economics development, starting by the community needs and territory. Jemma cooperative, takes its name to “jema”, the local term of greek origin (griko dialect) that it means blood, has the goal to development and recovery of local tipical products, as Zollino legumes: autochthonous legumes tipical of the farmers diet, with taste and organoleptics properties make them unique; preserving and storaging of the vegetal byodiversity; the diffusion of environmental culture and ethics which looking for responseble using of raw materials. Is also committed in research project focused typical products with goal both productive and consumer protection; it offers also local territory services and develops the artisanal productions through educational courses; organizating school services and territory promotion. Jemma is one of the few realities making legumes, as little pie, black chickpea and Zollino bean, that it farms following traditional method, keeping intact culural identity and indissoluble linking with anthropic activity. 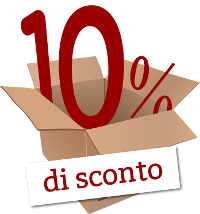